Serious news from a left perspective. The Red Robin brings you news from the Scottish Labour movement and the left. By signing up you agree to privacy statement.

Labour is now the party of towns : Ged Killen

In a guest column for The Red Robin, MP Rutherglen and Hamilton West, Ged Killen, sets out Labour's vision for restoring and renewing towns across Scotland and the United Kingdom. 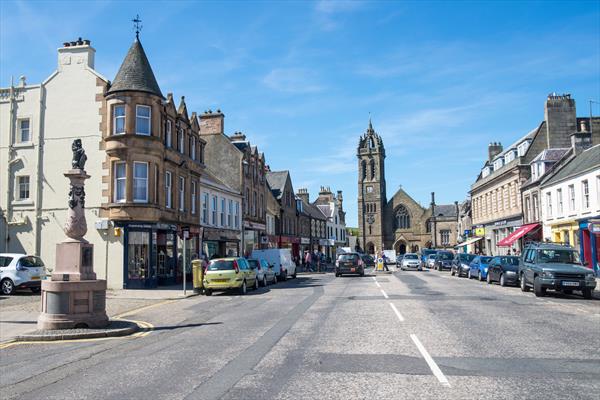 In both the EU referendum and the Scottish Independence referendum, there was a sense of a loss of control, a feeling that decisions weren’t being taken by the people most affected by them and that those in towns and villages outside major metropolitan centres had little power to change the course of their lives and the destinies of the communities.

Neither Scotland leaving the UK nor the UK leaving the EU offers a practical solution to this feeling of detachment from power, however it is clear that anger with the establishment encouraged a desire to ‘take back control’.

As a representative of people who live in towns, both as a councillor and now as an MP, I know this sense of loss of control well. At its heart it has less to do with the particularities of the UK constitution or our relationship with Europe, and more to do with empty units on our high streets as loved local businesses close because of increased costs, it’s young people feeling they cannot make lives for themselves in the communities they grew up in, being compelled to move to cities to find work. It’s a lack of affordable housing, rising child poverty, and the increasing demand for food banks.

We have often been told that cities were the future and that their wealth would flow outwards reinvigorating the economies of our towns similar in a way to trickledown economics.

Both of these suggestions are wrong. There is no inevitability to the decline of our towns, it is a choice, and there are other solutions to relying on cities to pull up the areas around them.

At the Labour Party Conference, Labour showed that it will make that different choice and that it will say no to the old ideas of how to develop our towns and think radically about how we will rebuilt and revitalise, not by relying on cities, but by investing in the people and communities of towns themselves.

In a fantastic speech, Rebecca Long Bailey, Labour’s Shadow Secretary of State for Business, Energy and Industrial Strategy announced a five-point plan to revitalise our high streets and save our towns and communities from neglect and a lack of ambition at the hands of the Tories and SNP.

In it she pledged to ban ATM charges and stop bank branch and Post Office closures, a policy I have campaigned hard on, as well as a range of much needed improvements and investment in local services in town centres in England.

The Scottish Labour Party in Holyrood is pushing for a community right of appeal. Spearheaded by my friend and colleague Monica Lennon MSP, Scottish Labour’s MSPs are fighting to give communities more rights and create a fairer planning system. In the last five years there have been over 500 occasions in which the SNP Government overturned the decision of a local council in favour of developers.

Under the current planning system in Scotland, developers have a direct line to the Scottish Government, and it is simply not right that communities have zero rights to challenge planning decisions about the future of their areas. Scottish Labour therefore is fighting for change.

Across the movement the Labour Towns group is bringing together MPs, MSPs, local councillors and activists to share and promote campaigns and policies from Towns. Such as Gloria de Piero MP’s campaign to see more national lottery money spent in towns, Tracey Brabin MP’s campaign to see more cultural investment in towns, and my own campaign to ban ATM charges and support financial inclusion which I was delighted to see adopted as Labour policy at the conference.

From the Shadow Cabinet, to the Scottish Parliament, to the backbenches, to local councillors and to party activists Labour has the plan and the vision to bring life back into our towns.

With this bold vision, it is clear, Labour is now the party of towns.